Three Continental Regiments and their equipment, 1777

I recently visited the Saratoga National Historical Park, one day before the 244th Anniversary of the second battle, dubbed Bemis Heights. I rather think of it as 2nd Freeman’s Farm but no one else calls it that. It was a lovely visit even though the visitor center is closed due to Covid restrictions. There was a well-informed park ranger at the American headquarters who indicated all the points of interest that could be viewed from there. This has piqued my interest in the battle and a few more posts about it may arrive while I wait to see if my father-in-law has any more stories about his time in Korea to share. The park itself is quite lovely and has picnic tables, presentable enough to keep wives entertained.

The following data is from “The Battle of Hubbardton”, by John Williams, Vermont Division for Historic Preservation, 1988, reprinted 2002. If you can find a copy, get it. It used to be posted online. I got mine at the Hubbardton Battlefield visitor center back in 2002. 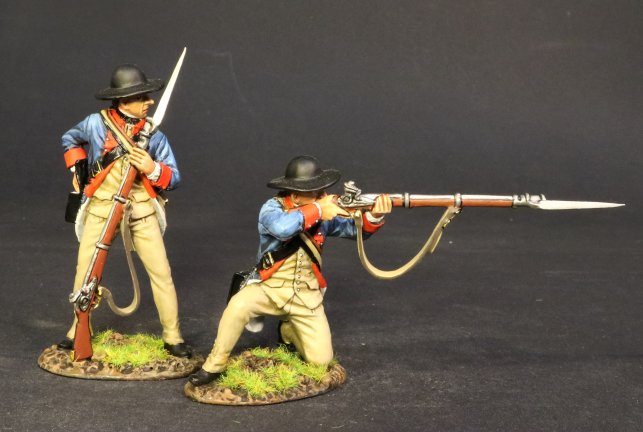 State of Arms and Accoutrements of the 2nd New Hampshire Regiment, Colonel Nathan Hale (not the one executed)

You will note that the two New Hampshire Continental units had enough bayonets while the Green Mountain Boys didn’t have many at all. Both the New Hampshire units had a dearth of priming wires and brushes, needed to clean clogged muskets. It seems they needed to share the few they had, so only a few at a time could clean fouled weapons. One would presume the British and German regulars had enough of such kit. Warner’s troops don’t even list priming wires and brushes, but then they seem deficient in much else too.

Rain would be a problem, since the distribution of cartridge boxes needed to keep ammo dry was erratic. That said, the Continentals would prefer to trade fire with the enemy rather than cross bayonets.

Posted by vtsaogames at 1:52 PM