Last night we played 4 games of DBA 3.0 based on the 5th Century decline of the . Going by our games, the looked like a good bet to still be around in the 6th Century. Bill commanded the Western Patrician Romans. Rick took the Huns for the first outing. He indicated he wanted Attila’s army but somehow we put the plain vanilla Huns on the table. Chalk that up to too much story telling while setting up. 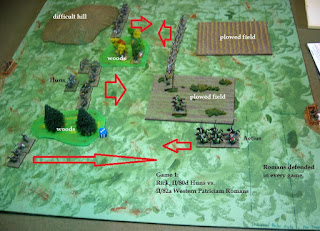 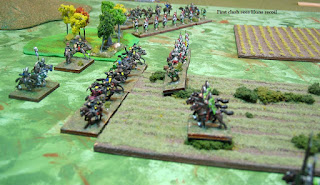 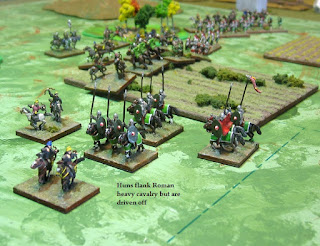 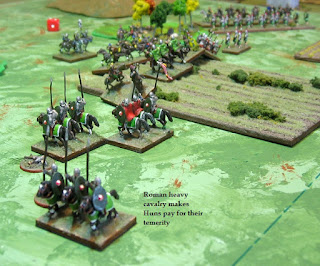 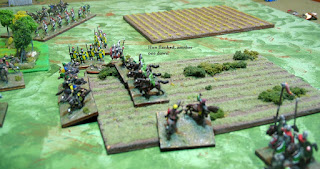 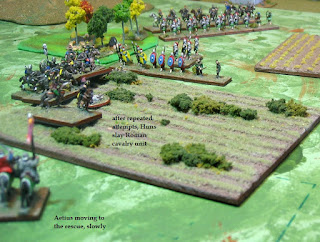 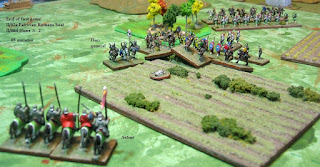 Next I decided to show the guys how a light horse army should be run. Taking the same force, I advanced rapidly. You can see the result below. 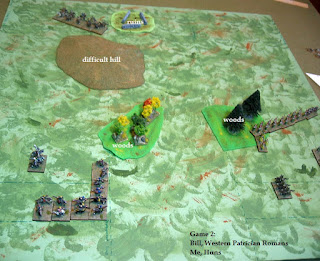 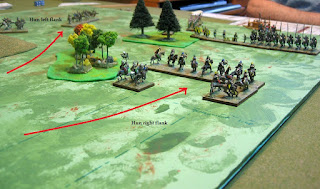 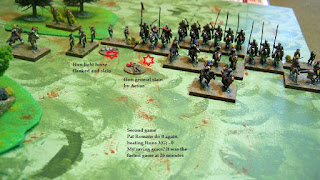 Carl now opted for a Frankish army against the Romans, who opted for a field as close to a billiards table as they could get to maximize their knights 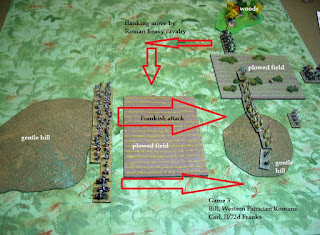 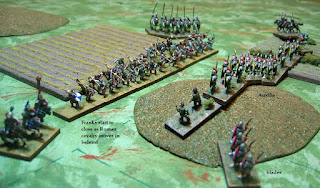 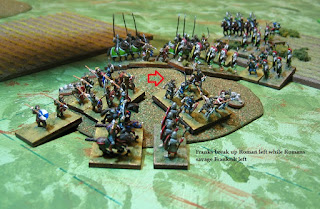 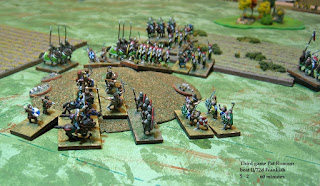 We broke for dinner, accompanied by Carl’s beer and finished with a fig cake courtesy of my wife.

Then Andrew decided to lead a Gothic army against . As in all the other games, the Romans defended, this time seeking lots of bad going to offset the Gothic knights. 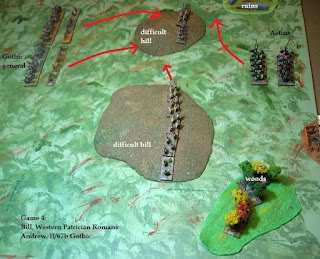 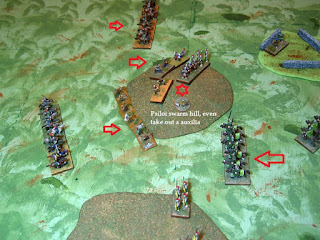 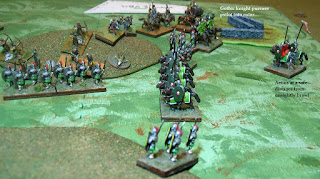 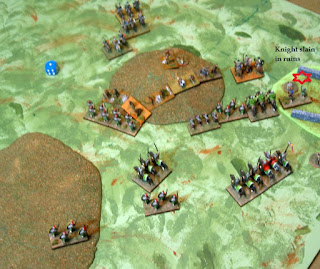 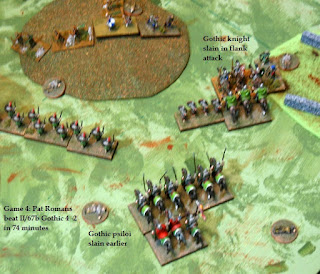 Bill ended the evening as the undisputed champ, having repulsed 4 barbarian assaults. I didn’t follow them in the usual detail since I couldn’t recall all 4 games with the same clarity. But you can get the drift.

There will be a pause since I’ll be out of town for a while. Games will resume in October. Perhaps we’ll also revisit Bloody Big Battles along with DBA, and maybe Rebels & Patriots down the stretch.

PS I never seem to notice all the typos until I've saved the photos.